It is with great sadness that Cuthbertson and Laird Group announces that Peter Greenshields, Owner and Director of the company, passed away in early February 2022.

Peter has led the company for over 30 years and in that time has made many loyal friends in staff, customers and suppliers.

Peter will be very sadly missed by staff and colleagues, many have known Peter for over 25 years.

Thanks to the support of all of our customers and friends we have successfully grown into one of the UK’s most trusted brands within the industry.

Peter has now passed the business on. It has been acquired by PASS (Portable Appliance Safety Services) Limited who will continue to carry on the business trading through the Cuthbertson & Laird Group brand name, with all of the existing staff at Hamilton, Leeds and Belfast.

If you need to contact us you can still contact your usual staff at each branch below:

The Cuthbertson Laird Group, which has its Head Office in Hamilton, Scotland, also has regional offices in Newtownabbey, Northern Ireland and Leeds in England.

The company was established originally as Cuthbertson Laird Instruments in February 1980 by Alan Cuthbertson and Jimmy Laird. For those old enough to remember, Kenny Rogers was number one in the music charts with Coward Of The County at the time. Both men had extensive previous experience with Edgcumbe Instruments, but for the first few years the initial business sector addressed was power tools and they were the sole employees.

In the early 1980s, however, it was decided to put their previous experience to good use with the company graduating to electrical test instruments, on which it is now focused – a natural progression that has made the company very successful.

At this time, Cuthbertson Laird was doing good business supplying multimeters, oscilloscopes and other portable electrical test equipment sold into the then burgeoning offshore oil sector, particularly through Aberdeen. Rather more specialist test equipment was also supplied, such as large 5kV AC and DC pressure sets.

Within a few years, the company had grown sufficiently that it needed to move from its Hamilton tenement building to much larger premises, which it had built from scratch in Hamilton – today the HQ still (see image above).

Peter Greenshields joined as a director in 1985. Later becoming MD, he has grown the company ever since, opening the Northern Ireland and Leeds offices in the process.

Currently, Cuthbertson Laird Group has 27 full-time employees, split over the three offices. Our customers include electrical contractors, plus engineers and specifiers at electricity boards, power stations and large manufacturing plants.

The company sells instruments and test equipment to the UK and Irish markets, but also exports worldwide. The Export Sales department caters for companies that buy products across many markets and multiple instrument brands. Shipping can be arranged and enquiries are welcome from retail and trade customers alike.

Today, Cuthbertson Laird Group is one of the foremost electrical test instrument distributors in the UK, with offices in Scotland, Northern Ireland and England.

We hold 'Approved Repair Centre' status from many of the leading instrument manufacturers and all instruments are repaired to manufacturers' standards using approved parts.

Whilst each office has its own calibration laboratory, all three are authorised service centres for Megger and Seaward. 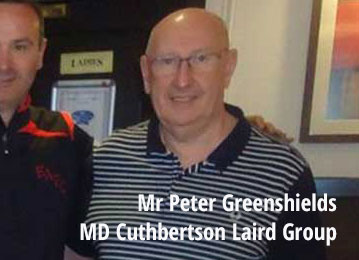 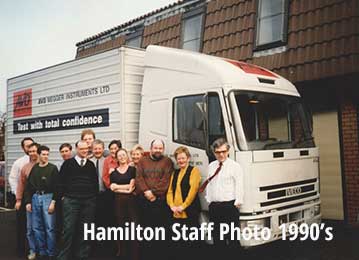